Paul Guinery studied the piano at the Royal College of Music and Modern Languages at Queen’s College, Oxford.  As well as being Harmoniemusik’s regular pianist since 1997, Paul has made solo CD recordings of Rachmaninov and, more recently, of 20th century English piano music – Delius and his Circle. Paul is also co-author of a recent in-depth analysis of Delius’ works Delius and His Music. As an announcer for  BBC Radio 3 he has presented many classical music programmes, including the Proms.

Janna Hüneke was born in Germany, and studied the flute  in London.  In the early 90s she played the piccolo in premieres of Stockhausen’s opera Dienstag aus Licht. Janna has played with Grange Park Opera, Pimlico Opera, the National Symphony Orchestra, Brighton Philharmonic and many other orchestras. As a soloist she has performed throughout Britain and Germany.  Janna co-founded and co-directs Flute School London.

Sarah Devonald studied music at the Guildhall School of Music in London and Cambridge University and has played principal oboe in many orchestras and opera companies.  She has performed as a soloist in numerous concertos and recitals, and these days concentrates on playing and directing chamber music. After many years making programmes for BBC Radio 3,  she has recently co-founded Tandem Productions.

Mark Lacey studied the clarinet at the Royal Academy of Music. He has performed with English National Opera, Welsh National Opera, the National Theatre, English Touring Opera, Grange Park Opera, Carl Rosa Opera, Pimlico Opera, the BBC Concert Orchestra and many other orchestras and ensembles.  He is a regular performer of the jewels of the clarinet chamber repertoire including the quintets of Mozart and Brahms. In his spare time, Mark is a keen sailor. 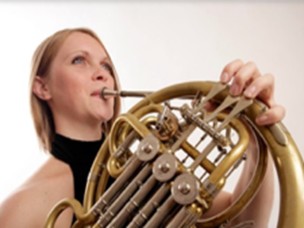 Lindsay Kempley graduated from the Royal Academy of Music and has since enjoyed a busy and varied career including work with the Royal Scottish National Orchestra, the Birmingham Royal Ballet,  the BBC Concert Orchestra, and the Bournemouth Symphony Orchestra. Lindsay plays regularly in West End and touring productions of musicals, such as Les Miserables and Love Never Dies and is a keen chamber musician.

Alec Forshaw studied at Cambridge University. He is a founder member of the London Woodwind Ensemble, The Galliard Trio and Harmoniemusik, and also has performed regularly with Lontano, the Contemporary Chamber Orchestra, the London Chamber Orchestra and with the National Theatre, both at home and on tour. He lives in London and pursues a varied career as bassoonist, harpsichordist, writer and arranger.

You can listen to various excerpts from our recordings here